Will Google change the way Accountants become a CPA?

Universities have been a long standing tradition in the professional arena.  School spirit, pulling all-nighters, the misery that is finals week, and the freshman fifteen are all character developing experiences that most traditional university students go through. As professionals tend to hire individuals with similar experiences, over the years, 4-year degrees have become the expectation for filling positions in companies.

The rigor and standards set forth by institutions of higher learning have long created an expectation of excellence that sets the passing students apart as exemplary employees and capable in their field. This gives hiring professionals a comforting feeling of “knowing what you will get”.

A consequence of spending so long telling our kids to go to college, schools have created degrees for whatever students want to learn regardless of the job prospects after graduation. This has left many graduates scrambling after they have received a degree. There are now some who believe that there are too many university degrees and that we should return to certification programs that train in job skills specific to a role.

Google is pioneering one such program now.  They claim that they will create a variety of certification programs that will qualify students in specific fields just the same as if they attended a 4-year university.

We wonder if a person can learn in six months what it takes four years to do in a traditional university setting. It seems a little overreaching.  What do you think?  Do you think that someone could learn everything they need to know about being a Staff Accountant in six months of online classes?

On the surface we immediate say a resounding “NO”! But, let me ask you the following:

As Google has influence on society today, we find ourselves wondering what these programs will do the impressions of the 4-year degree and beyond.  If the expectation by Google is that they are equivalent, then what is the point in attending a university at all?

As a thought experiment, consider these questions about your position and let us know what you think:

We know this is a strange topic to write about, but with the changing times, we feel that bringing up potential changes in the industry is beneficial to our readers.  We believe in the necessity of the formal education for some positions and the benefits of the accelerated route for others.  At this time Google has not mentioned accounting, but they are offering an accelerated data analyst degree.

We are eager to hear from you on this and we hope it sparks some good discussion in your circles.

About The Resource Link

For almost two decades, The Resource Link has strategically placed Accounting & Finance talent with some of the best companies in Arizona! We consult with our hiring managers and candidates to dive into the best solutions and outcomes and we provide advice and feedback along the way. Don’t hesitate to reach out to us with any questions or just pick up the phone! We would love to hear from you to help you build the best team or find the best career.

Check Bernadette out on LinkedIN by clicking here.

Click the image to learn more about our philosophy from our founder. 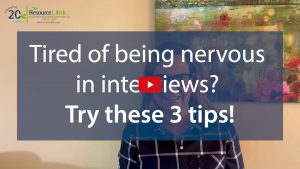 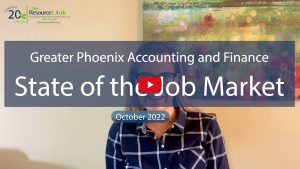